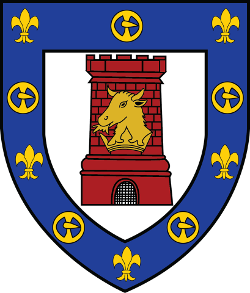 Throughout the year the Gravesend Regatta Committee organises its own Regattas and races for the local teams.  In addition, it also encourages entries into other group's races.  These currently include The Great River Race and the Round Canvey Race.

In 2017, we held three events over the course of the Summer’s rowing season.

The first was the 171st Gravesend Town Regatta, which was a two day event over the weekend of 8th/9th July. On the Saturday, this included invitation racing by Gravesend Rowing Club and Scratch Racing in the Regatta skiffs. Scratch crews were made up of men and ladies of differing rowing experience. On the Sunday, we held races for ‘pubs’, ‘clubs’ and ‘novices’ followed by a ‘row past’ in memory of Helen Skellorn, a long-standing former Committee member, who sadly passed away in early 2017.

The second event was an extension of the Scratch races held in July, in as much that, we attracted at least double the amount of rowers. This meant we were in the enviable position of racing off in heats spread across the whole day and the rowers were awarded points depending on their finishing position in each heat. The eventual ‘winner of the day’ was the crew with the most ‘Points’. This event was held on a lovely sunny day in mid-August.

The final event was held on the last Sunday in August and was a ‘handicap race’ involving the Regatta skiffs, Gravesend Rowing Club boats and Thames Waterman’s Cutters crewed by the PLA (Port of London Authority) and LPHA (London Port Health Authority). Luckily, the weather was as predicted - hot and sunny, we attracted plenty of friends and supporters along and after the race everyone enjoyed a BBQ.

These events were organised with the help and participation of some Rowing Club members, which meant that we had the use of the clubhouse over the 3 events. In September, we held a Presentation Night at the Rowing Club, during which traditional Regatta cups and trophies were presented to the winning crews. A raffle was also held raising further funds for the maintenance of the boats and future events.

We would like to be able to offer a similar programme for 2018 but will often adapt the programme according to crew numbers and rower’s experience.